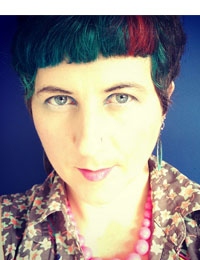 Following a longstanding graphic & web design career, Cat Byrne launched into comics in 2015 with her webcomic Mizzle – which is currently being rewritten and drawn as a graphic novel, to be launched at Thought Bubble 2017. In 2016 Cat launched Out of Hours Comics with writer Mert Yeygün. Through her involvement with the local comics collective The Calder Valley Scribblers, she is one of the organisers of Scribblecon, and has also collaborated on one-shot comics with author Tom Burleigh. She likes cheese. And Ninja Turtles.