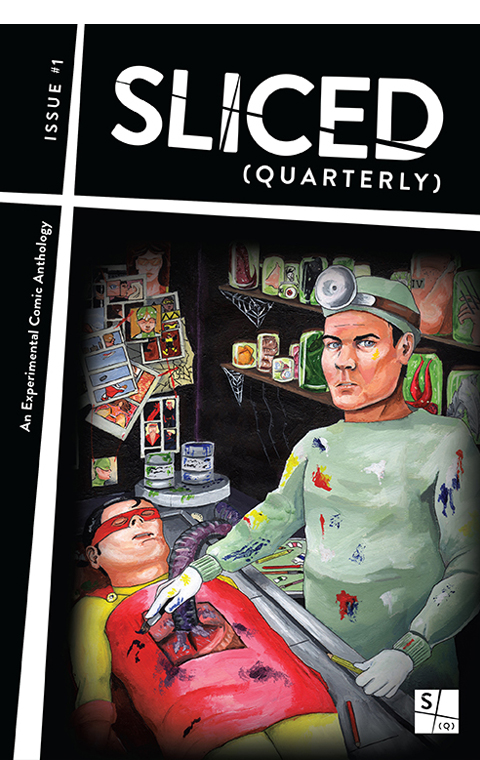 Features some adult language and themes.

By Ken Reynolds
An innocent woman becomes aware that she is playing a part in someone else’s narrative.
An example of a self-aware character breaking the fourth wall and interacting directly with the caption boxes.

By Ben Peter Johnson
A delve back into the heady days of art school.
A comic without conventional panel transitions.

All Along the Watchtower

Script by Chris Redfern – Art by Dave Snell
A comic narrative interpretation of the Jimi Hendrix classic.
Can music be rendered successfully in a silent medium?

Script by Chris Sides – Art by Denis Vermesse
This is the retelling of an urban legend, passed on in the ancient oral tradition.
What better way to depict a spoken story than without words, using only images and iconograpy?

By Rob Cannon
A story about personal growth through strange experiences that are left open to interpretation.

Script by Scott Melrose – Art by Tony Suleri
A tale of technology and it’s hold on society.
This piece will be designed so the panels can be read in a range of different orders.

By S.K. Moore
An abstract comic. The less said about it, the more effective it will be.
A page of art to make you stop and think.

The Elevations & Depressions of a Local Radio Presenter

By Bee Bop
Contrasts the inner and outer monologues of a radio presenter.