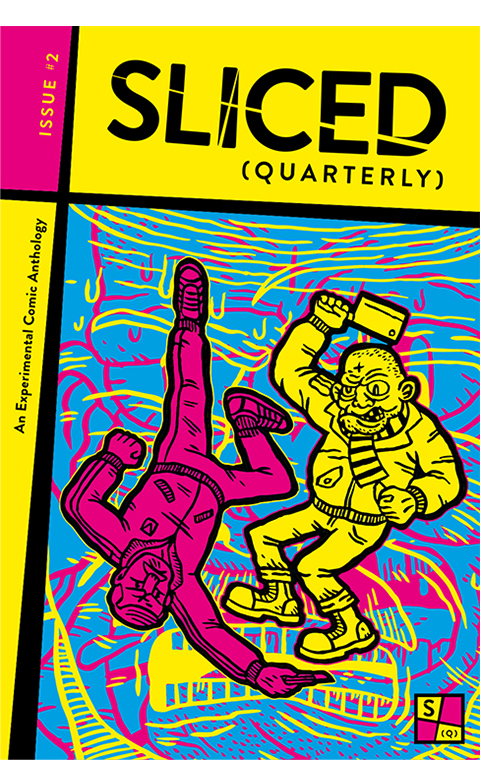 Features some adult language and themes.

Script by Ben Peter Johnson – Art by Freja Steele
A brief letter from a landscape to a person with use of simulacra within the geographical features.

By Lukasz Kowalczuk
Hooliganism as never seen before, as an old colorform playset.

By Kathryn Briggs
An observation of the secret lives of urban cats, and a clever narrative use of page structure.

Script by David Thomas – Art by Denis Vermesse
An artistic test to render movement as a comic in a narrative that explores the nature and legacies of tradition and ritual.

By Ben Peter Johnson
Another slice of life from art school. Based on actual events.

Script by Daniel Ableev – Art by Bob Schroeder
An authors eloquent and disturbing diatribe directed to his editor.

By Simon Mackie
An intensely personal narrative about a family dog. Also an intriguing exploration of the line between illustrated prose and comics.

Team B Comics – Script by Iconnu James – Art by Tom Merke
In our new section, we feature sample pages of a story about Dale, a gambling addict, who carries a debt he must repay immediately or face dire consequences.