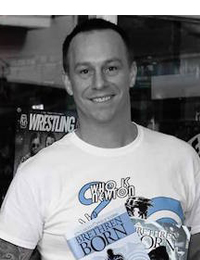 Jon is a comic writer, new on the indie comic scene. His first comic Brethren Born was released in October 2015. The first print run has now sold out and the second print run is available. Issue 2 was released in May 2016. He has several stories being published in anthologies, including a mini-series run in the monthly anthology Comichaus.