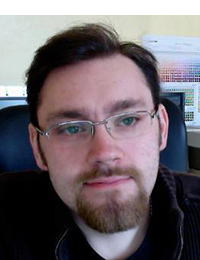 Ken Reynolds was born in Suffolk (1983). He currently lives and works in Ipswich along with his lovely (tolerant) wife and beautiful daughter.

After graduating with a Degree in Graphic Design he has been working in the industry for over 10 years. The skills of layout, typography, pre-press processes and time management acquired in this time made the transition to working in comics feel like a natural evolution.

Ken has lettered for many independent publishers and creators including work for Grayhaven Comics, Insane Comics & Arcana. His list of small press writing credits is growing with a number of shorts and the supernatural noir series ‘Cognition’ in development. When time allows he illustrates shorts and has a solo book in the works.

In 2015, Ken was made Assistant Editor for 100% Biodegradable, a quarterly digital anthology comic that showcases a breadth of indie talent. He is also the edits Sliced Quarterly.

Ken Reynolds Design
Cognition
My Life as a Cartoon
100% Biodegradeable