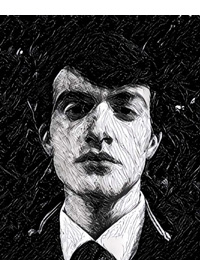 Kyle was thought to have Dyslexia when he was in primary school; He never did quite engage well with class or academia in general. Then something rather odd occurred, he engaged with his classes or rather the lessons. He had developed an interest in the world, in reading, and particularly in science. He had found comics and started to obsess over them and their content. And now he owes a medium more than he can ever give for saving him and giving him an interest in the world.