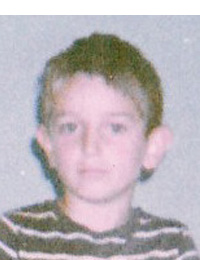 Martin Feekins lives in North Yorkshire, so that’s all right. He has written in various formats – from comics to short stories, novels, screenplays and radio – over way too long a period with way too little tangible success. He has had three Future Shocks published in 2000AD, with an unfeasibly long gap between the first and second and no sign of there being a fourth. Having decided a couple of years ago to damned well knuckle down and do this writing thing properly until he dies, he is quite pleased to have had a tale in the Mammoth Book of Jack the Ripper Stories and is also reasonably happy with some of his contributions to a handful of small press publications. He is currently in a state of panic after winning a place on a mentoring scheme with the lovely, scary people of Writer’s Block North East that requires him to write a novel quite quickly from scratch.