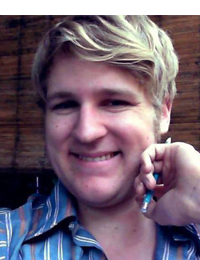 Artist Statement:
I’m a self-taught artist and enjoy using visual art and storytelling as a media to translate ideas into physical being. Every time, I try to create something I’ve never seen before; this is my starting point.

I enjoy working with a variety of digital and traditional media, mostly in stylized realism and surrealism. Though, frequently I force myself to work outside familiar media and techniques, so I can achieve a more diverse body of work. I focus on art and themes free of a social/political grounding and can be interpreted in different ways by viewers. To me, that is the mark of timelessness, and art that can be enjoyed by people regardless of their differences.

My work has intrigued viewers, interested them, made them uncomfortable and inspired them to seek meaning where there is none. When I look at my art, I see an escape from the real, a constant challenge to improve, and a means of communication beyond spoken word.

Bio:
Rob Cannon was born in Sacramento, California in 1989. He graduated American River College with an AA in Art in 2011. Rob works in a broad range of traditional and digital medium, with a focus on illustration. He has completed several graphic stories of varying length, four of them currently published. In 2010 he teamed up with writer Eric Myers to work on the nine part HARLEN MARTYR, and from there proceeded to collaborate with other writers including Alec Kerestesi, Tim Neumann, Christopher sides of Redshift Press, and started an ongoing queue of solo projects. Rob has recently shown at several Scarmanto shows and venues, and has operated a booth at two River City Marketplace events. He currently is pushing to make comic and graphic novel illustration a full time occupation. He lives and works in Sacramento, California.