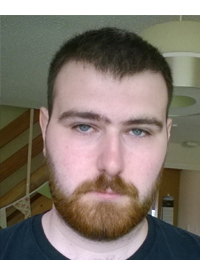 Scott Melrose is a writer from Dunfermline, Fife, Scotland. He resides here with his girlfriend and son, Ruben.

Scott has been writing since a very young age, finding use for his over active imagination. He has a keen interest (obsession) with horror and the supernatural. Mostly stemming from reading Edgar Allan Poe’s “Tell Tale Heart” at around 8 years old (and then reciting it at a cubs camping trip to the dismay of all) this snowballed in later years to an unhealthy obsession with hammer horror and Vincent Price movies. At this point Scott began writing short horror stories and creating dark and bloody worlds of his own.

His interest in comics also comes from childhood with British Kids anthologies as well as Scottish Staples; The Broons, and Oor Wullie. His interest in comics lead to his Uncle revealing to him the thrill-tastic world of 2000ad. Scott devoured boxes of back issues dating from the very early days up until present and still firmly believes in the Anthology comic over any other!

Since taking the leap and getting over his own doubts in his work, Scott has written tales of the weird, horrific and ridiculous for the following anthologies; 100% Biodegradable, Something Wicked (FQP) and Sliced Quarterly. In between writing shorts for these fantastic anthologies Scott is also working on 2 ongoing stories; “Drust” – A horror fantasy set in a dark medieval world of demon gods and cursed immortals. “Daniel Djinn” – a world traveling mind bending psychological thriller.